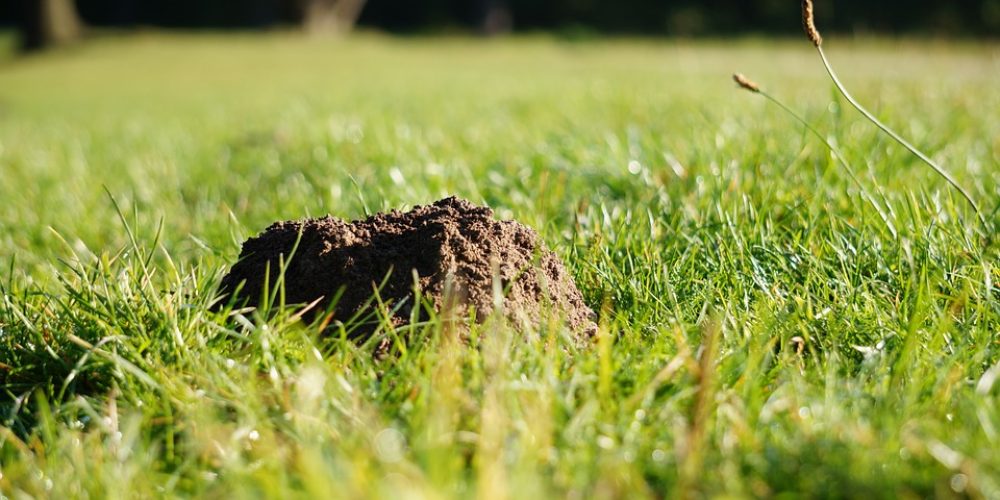 They say that you shouldn’t make a mountain out of a mole hill, but when it’s your carefully tended lawn that’s in question…

Moles are small mammals which live underground and are members of the Talpidae family. They have cylindrical bodies, powerful forearms and large paws for digging. They are largely harmless except to lawns, silage heaps and pasture land but their numbers have grown exponentially in the UK and they are now considered to be a pest.

What are the signs that moles are present?

In a domestic setting, you know that you have a mole in your garden when mounds of earth appear on your lawn killing part of your grass. They can also disturb roots of plants causing them to die and if the tunnels are near to the surface of the lawn they may collapse after heavy rains. Mole activity occurs both during the day and night. They can be seen during damp days or the day after a rain during the spring and summer months as they push up their tunnels or mounds. If the lawn freezes in the winter or there is a very dry summer, the moles use deep burrows.

For farmers, moles can contaminate silage with soil making it unpalatable to livestock, damage young plants with burrowing and molehills, damage drainage and also damage agricultural machinery by exposing stones. The tunnels created by the moles can also be used by other animals like voles to access plant roots.

What can I do if I have moles?

Moles are notoriously difficult to catch as they are very efficient at detecting vibrations and smells and will retreat down deeper tunnels filling in the tunnel behind them with soil. You can remove molehills making them less unsightly but this won’t rid you of the mole itself. There are some deterrents that can be used such as cat litter and blood meal which are said to repel moles. All of these methods are not guaranteed and so if you think that you have a mole infestation, then it’s best to call in a professional pest control company who can recommend a course of action and implement it.